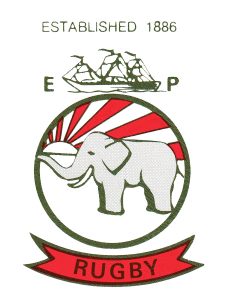 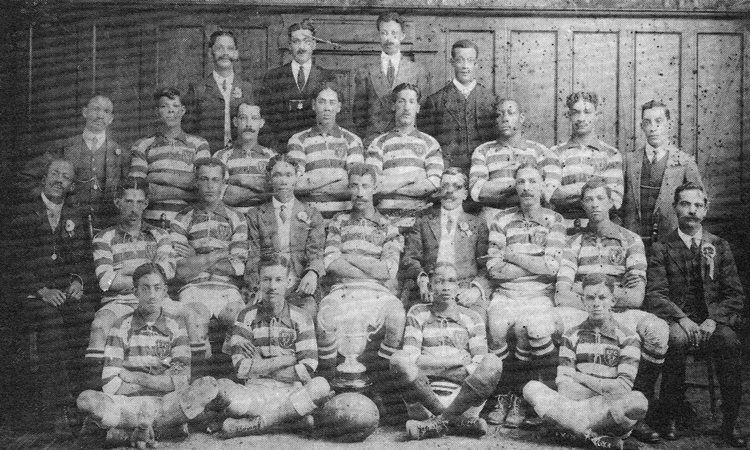 Eastern Province Rugby Union was established in 1886. The composition was mixed as both Black and Coloured Clubs were affiliated to it. Union Rugby Football Club was established in 1887 and to date is regarded as the sole survivor of that particular era. It is interesting to note that the Eastern Province fields were situated in Kwampudu (Mill Park) and Maxambheni (Richmond Hill). These areas were inhabited by Blacks and Coloureds.

It is particularly impossible to state authentatively who established the Union. There is an assertion that Mr J.O. Cedrass donated a trophy in 1893 to the Coloured section of Eastern Province when the alleged split took place. If one has to hazzard a guess then it appears that Mr J.O. Cedrass played a leading role in the affairs of Eastern Province Rugby Union because he was still intimately involved in Eastern Province Affairs in 1903 as the Rhodes Team Photograph depicts. It would therefore not be surprising if Mr Cedrass was one of the founder members of the Union in 1886. Mr Cedrass was still actively involved in Union Affairs by 1913.

Another surprising aspect of the establishment of Rugby in the Eastern Cape is that Black and White rugby had its origin in what is known as Central and Richmond Hill.

The other clubs were Oriental Rugby Football club 1894, Frontier and Rovers. The impression conveyed is that the membership of these clubs were also mixed.

Tradition has it that ± 1893 the Eastern Province Rugby Union split into two viz, a Coloured Rugby Union and a Black Rugby Union. The Coloured clubs were Africans, West End and Red Crescents. It is also interesting to note that African’s and West End hailed from Richmond Hill while Red Crescents was a South End Club. Their field is today the premises of Cunningham School. (White).

As the city developed the people were removed from Mill Park and Richmond Hill and settled in Korsten. The sports fields were also confiscated and new grounds were allocated. Oriental Rugby Football Club had a ground in Standford Road which is presently occupied by Nampak.

The Coloureds were allocated a field at Berry’s Corner which became known as the Oval. During the 1940’s the Oval was taken away and sold to General Motors. The Union received as compensation land in Haupt Street which was also taken away and sold to Elmosa Factory. In 1948 the Adcock Fields were developed and handed over to us. This ground was almost sold before it was developed further in 1970 but due to a unified protesta­tion the P.E. Municipality was forced to abandon its intention. 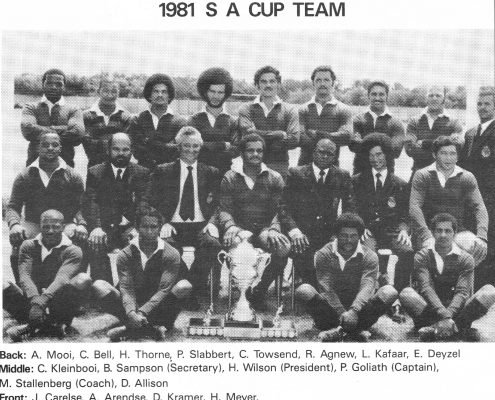 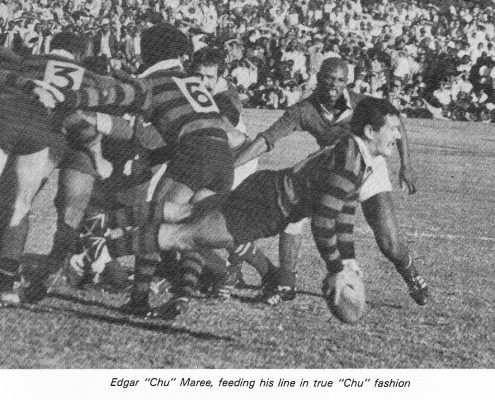 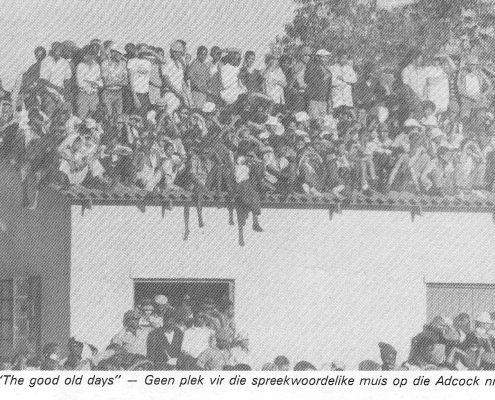